As we age, we tend to develop degenerative conditions that can affect our musculoskeletal system in a variety of ways. When these degenerative conditions involve the joints of the body, we commonly refer to this condition as "osteoarthritis" or more simply, as "arthritis." The term arthritis is actually a misnomer because arthritis means 'inflammation of a joint' and osteoarthritis is actually a chronic degenerative process (not an inflammatory process) involving the bone and cartilage of the joint, resulting in pain and at times, disability. In any event, the cervical spine is unfortunately, not spared from these degenerative processes. Degenerative changes of cervical spine are not usually referred to as arthritis, but rather as cervical degenerative disc disease or cervical spondylosis.

Cervical Spondylosis is initially characterized by molecular changes within the cervical intervertebral discs. These changes primarily involve alterations in water and proteoglycan content within the disc. Ultimately these changes result in a decrease in the ability of the discs to withstand compressive loads, making the disc more susceptible to injury. Injured intervertebral discs can manifest in the acute setting as a cervical disc herniations or more typically, in the chronic setting as cervical disc degeneration, or cervical spondylosis.

Cervical Spondylosis is characterized by a loss of disc height. As the condition progresses and loads are transferred to the adjacent vertebral bodies, new bone spurs may form on the vertebral endplates. These bone spurs may become problematic due to their proximity to the cervical spinal cord and nerve roots. If the spurs become large enough as they often do, they may become compressive and result in pain, numbness, weakness, and at times even more severe neurologic symptoms. Late stages of cervical spondylosis may affect the overall alignment of the cervical spine and result in a condition called cervical kyphosis.

I recently treated patient with cervical spondylosis that had resulted in chronic, debilitating neck pain due to advanced degeneration involving multiple discs (C3-C7). She had developed a mild kyphotic alignment (loss of lordosis). She was experiencing symptoms of cervical radiculopathy due to nerve root compression, characterized by unrelenting arm pain and numbness and tingling of the hands. She failed to improve after attempts at non-surgical care and ultimately chose to proceed with surgical correction. The preoperative image demonstrates the abnormal curvature as well as multiple degenerative discs. The postoperative image demonstrates a four-level anterior cervical discectomy and fusion (ACDF) from C3-C7. All bone spurs causing spinal cord and nerve root impingement were removed during the procedure and you can see the dramatic improvement in her alignment, with restoration of a normal lordotic alignment. This procedure was performed in the hospital in around 3 hours and the patient was discharged home the following morning. She is doing well and is pleased with the results of surgery. 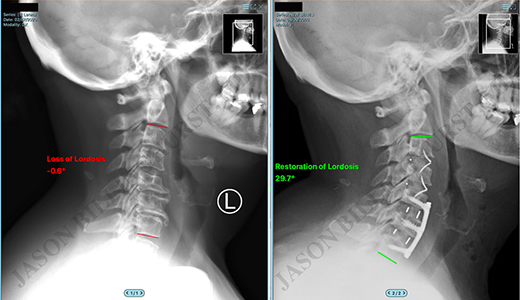 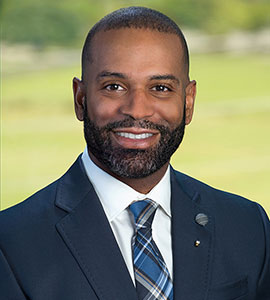 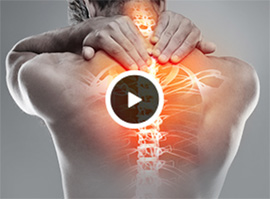